Discussion of the league and of our favorite team.
Post Reply
437 posts

What do you say we take this one and go home and rest? Let’s just continue what we did in the 3rd and 4th quarters in Game 5 into Game 6. No distractions. Let’s not worry about the refs. Just bring that same intensity we rediscovered in Game 5. LET’S DO THIS!

Alright, I'm about to piss in everyone's Cheerio's. I don't feel great about the Suns chances of winning this game.

Going back to Game 5, there are still some things that worry me despite the seemingly comfortable win. The first is Dallas got off to a good start for the third game in a row. They were getting pretty much any shot they wanted for most of the first half and they had several good looks from 3-point range that just missed. We've already seen how well they can shoot at home, so I'm expecting they'll hit more than they did in Game 5. It took a while for the Suns to get into a rhythm in the first half and I'm skeptical they'll be able to dig out of a 4-5 possession hole in Dallas. Getting early defensive stops will be huge for the Suns.

The second thing was Dallas got a bit too complacent with Luka and Brunson isolation post-ups. They clearly like that shot, but I think if they were being honest they'd say they went to it too much. I'm expecting more PnR with the goal of getting the Suns defenders moving rather than just settling for an iso after the desired switch. That'll likely lead to more open shooting opportunities for them. The Suns were better at closing out defenders in Game 5, so maybe they've turned a corner in that regard. But again, the Mavs will shoot better at home so the Suns can't get flustered if the Mavs hit a few against good defense.

The last thing that honestly worries me the most is the officiating. Obviously this largely depends on who's officiating the game, but the home crowd can really influence a lot of officials as well. In terms of how these teams want to play, the Suns got a friendly whistle in Game 5. The Suns want to be physical and the Mavs want to use that physicality to draw fouls. The Suns made several defensive plays in Game 5 that could've easily been called a foul by the Game 4 crew, and it's really frustrating that so much will depend on how the Luka and Brunson post-up contact will be officiated.

As for what the Suns can do to win, I think it's pretty simple in theory. They have to maintain the defensive focus we saw in the 2nd and 3rd quarters. Help defenders can't fall asleep and leave the guy guarding Luka or Brunson on an island. I hope something the Suns have picked up on is how both guys almost never shoot after their first pivot, they like to fake at least once before pivoting again and shooting. That tendency opens an opportunity for a help defender to quickly double and force a bad pass or shot after the first pivot. Of course they have to be careful with who they're leaving and be ready to rotate, but the opportunity to create turnovers and swing the game is right there.

The Suns also must continue to put pressure on the rim. We didn't see it much in the first half and were saved by some great shot making by Booker. Of course he could do that again, but Mikal and Ayton really need to take and finish their shots in the paint. Everything the Mavs want to do defensively falls apart if those to guys are getting to the rim, but I think that's the only way the Suns will be able to match the seemingly inevitable good shooting night from the Mavs.

Of course there's a wildcard in play. We haven't seen a Chris Paul "fuck you" game in a while, but he also turned into Cliff Paul for Games 3 and 4. I'm not sure the Suns can do anything to win if Cliff shows up again. On the other hand, if 36 year old Chris Paul is playing, the series will be over in Dallas and we'll be talking about how the Suns will match up in the WCF.
UOducks4life in a previous life. Valar Morghulis.
Top 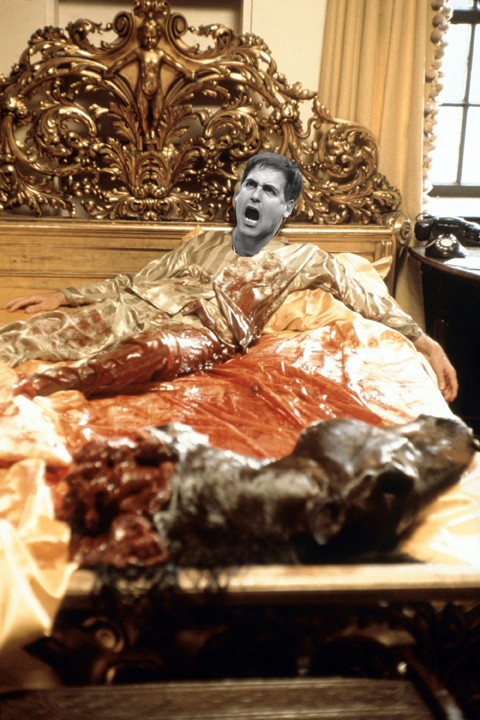 Foster isn't working today either. The last time he officiated was May 8th.
Top

I believe in our guys. I think we made some key adjustments last game that will be hard for Dallas to match. We are putting the right guys out on the floor and limiting the minutes of guys who are bad matchups. As long as we stay home on shooters, we can beat these guys in 6.
Top

Foster isn't working today either. The last time he officiated was May 8th.

Interesting. I thought for sure today would be the day for Foster. I'm starting to wonder if the NBA knows the narrative and are purposely not having him officiate Suns games. Either that or they're saving him for game 7.

Scarface?
What is smallball? I play basketball. I'm not a regular big man. I can switch from the center to the guards. The game is evolving. You got dudes like Joel Embiid, Anthony Davis, all these 7-footers, doing everything. There's no stopping us. - Ayton
Top

Dude! That's a famous scene from The Godfather.
"It should burn. It'll probably burn forever. But last season is done." - James Jones

It's an offer he can't refuse.
"When we all think alike, nobody is thinking" - Walter Lippmann
ブランドンに行こう
Top

I wasn’t scared of Scott Foster in game 6, but the thought of him in a potential game 7 is a little worrisome to me. Can’t let it get to that point.
Top

I'm looking for dbook to come out and drop 40 on these bitches.
Top

I'm a little worried about this game. I'm hoping the Suns come out and take care of business and put the Mavs out of their misery. But I have a feeling that they think they are up 3-2 and have 2 chances to win it. But in a game 7 anything can happen even if the home team has won all the previous games. The Mavs know they have won both home contests and I think they are pissed not only because of the big loss but from all the shit talking and also that last play with Biz and Chriss. I think they will try flopping again and get us in foul trouble. And if we start to get behind I worry the Suns will cash it in and say oh well we still have the next game
Top

I'm not worried about the Suns getting behind. The last thing you want if you're down 3-2 is to have a big lead in Game 6. It seems to never end well for the team facing elimination.
Top

The Suns have for a good portion of the season have been slow defensively to start games imo. I started to think it was intentional at one point. The Mavs were humiliated the last game and were pissed off like they should be and will be pretty focused to start this game. The home team has won every game too as we all know. The Mavs will be ultra aggressive early trying to draw fouls and will probably flail away at every slight contact. As much as I hate flopping in the NBA I suggest the Suns sell it every time the Mavs try to sell it. We could have guys getting near each other and exploding in opposite directions without contact.

More of this tonight, please.
"It should burn. It'll probably burn forever. But last season is done." - James Jones