Discussion of the league and of our favorite team.
Post Reply
319 posts

I hear a crack everytime I move my neck, so it could be not that bad...
Top

And with Paul's shoulder, we're basically back to Rubio at PG. This game wouldn't have been as close if Paul could shoot. LeBron even said, we only scored 99 points so if Paul becomes a zero on offense, other guys are going to have to show up.
Top

Hopefully Cam Payne calms down and can give us something Tuesday
Split: I would trade DA for SGA right now(11-24-2020)

Cap: I wouldn’t. Somebody remember to check this post in five years and see which of us looks the fool.
Top

I hate it when they slip in ads on split screen while the game is on. So annoying.

I wonder if Lebron hurt his shoulder. I am not buying it. Paul definitely grabbed his arm a little and it was a foul. Lebrons wild flail and subsequent horrendous and tragic fall to the court looked like total BS to me.

I am loving the Cam Payne Carruso battle. Cam with the ball and Carruso had a major collision ending in a turnover for Cam and a total non call by the refs on the earlier play. After Lebron’s tragic fall Cam went over and laid some wood on Carruso. That was a flagrant. Carruso got pissed and tried to grab the ball from Payne so Payne threw the ball at him. Another flagrant. Payne was tossed but, the Suns won. Looking forward to this battle next game.
Top

Back on page one of this thread I talked about how the Suns needed to capitalize on their advantages in this first game, namely the home crowd and extra rest. The crowd was a huge boost and the Lakers looked sluggish or out of sorts for stretches, especially without LeBron on the court.

The other thing I was anxious to see was Monty's game plan. It was immaculate. He was one step ahead of Vogel the whole game. I especially loved the zone defense sets ATO's. That only came after the first Lakers ATO when KCP easily converted a lob dunk to AD, a fantastic adjustment.

I can't doubt LeBron. I've seen him do miraculous stuff too many times to count him out, but he's not 100% healthy. I really noticed it on one possession in the fourth quarter. He had it on the wing in a semi-fastbreak situation, Mikal stepped back defensively and I cringed. Healthy LeBron puts it into the next gear, gets a shoulder into the defender and goes for the and-1. I've seen him cook guys for a 15+ years when they make that mistake, but he just didn't have the juice this time and he knew it.

This was a great win, but its just one game. The Lakers aren't scared or worried even if they might need to be. I spent most of the game complaining about the officiating, so I won't do it again here with exception to saying that the Suns won't have a single game officiated in their favor in this series. The best they can hope for is the officials to call it even. I'm not holding my breath.

I think Vogel needs to to stop double teaming Booker so predictably. It took a little while, but the Suns had it figured out by the fourth quarter, resulting in some pretty easy looks for Mikal and Crowder. The Lakers can't rely on that scheme for an entire game. Especially if Ayton is locked in and not in foul trouble. I think they need to play more zone defense, and give all of Drummonds minutes to Gasol or AD at Center.
UOducks4life in a previous life. Valar Morghulis.
Top

Just curious, Ayton haters, where you all at now? Hmm? I seem to recall a lot of people calling my guy a "pussy" and saying he sucks and isn't worth a contract.
Top
Online

Come on now. If you've watched the games you've seen him loaf around too much. That Ayton does suck.
UOducks4life in a previous life. Valar Morghulis.
Top

I also remember people being afraid he would disappear in the playoffs, but I was right that he usually steps up in big moments (e.g., all the games he has won for us in crunch time, especially defensively).
Top

Why was Vogel allowed to not wear a mask all game? Is it because he is fully vaccinated? Is Monty not? Does anybody know how many suns players are and are not vaccinated?? A potential covid outbreak on the team would be so devastating.
Top

I might be a good luck charm, in the way that since I'm on EST, I missed the game because I was out day drinking. Maybe I should not tune in moving forward? And I wouldn't worry too much about CP3 hearing a "crack" in his shoulder. I had almost the exact same thing happen to me in a flag football game a few years ago where I collided with someone and heard a crack. I was sore as hell for a few days and couldn't lift my arm for 2-3 days, but I literally did nothing to treat it and was fine, so hopefully with the world class care he gets, he's in a much better spot for game 2. I'm thinking it was a stinger/pinched nerve (or I hope so at least). I'm no medical professional (paging specialsauce!), but I would imagine there's no way to play basketball with a broken or dislocated shoulder.

Come on now. If you've watched the games you've seen him loaf around too much. That Ayton does suck.

Yep - I was one of the pussy callers and I stand by it. He had a great game today but he can be even better. I still want him to finish and get fouled more. We are very good at the line but seldom get there.

My biggest key to the game was Cam Johnson. We really need this guy. He is another body we can put on Lebron. Now if Cam Payne can turn it around and CP3 can magically get healthy we have something.
I wanted Monty as our coach since D'Antoni left town. Nice choice James Jones.
Top

YES! BEAT LA! BEAT LA! What a crowd! Great way to start the series other than the Paul injury. I was actually in AZ and headed home back to CA during the game and wasn't able to start watching until I got home after the game was long over. Just finished. Now I'll have to go back and read and see if anybody knows how serious Paul's injury is.
Wormwood/Superbone 2019/2020 season bet: Suns win < 30 games, Wormwood wins, else 'Bone wins. 1 month avatar shame starting July 1st of winner's choosing. ACCOMPLISHED! 34 wins in a shortened season! Like it mattered. We rarely see Wormwood anyway!
Top 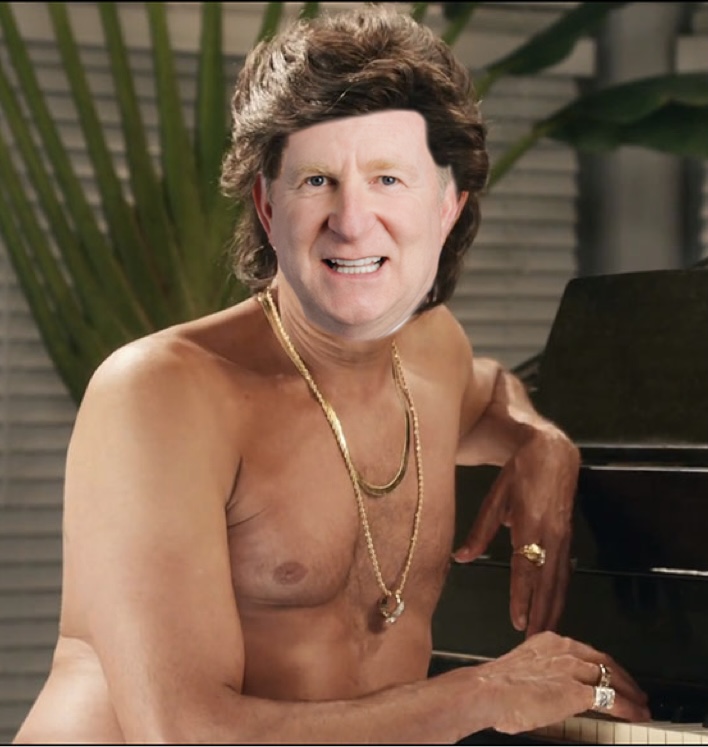 Can I get an Amen

His play along with Cam Payne really going to be crucial. Funny how I took time to peep the national media and they probably not aware how key they are to our success. I get fans watch highlights and check box scores but the knowledge of some of these so called analysts is sad

bajanguy008 wrote: ↑
Sun May 23, 2021 12:21 pm
Well let me get this all out now
I respect LeBron's game because I am a basketball fan so can't dispute his impact on the game. I however usually cringe at 90% of his soundbytes and quotes which always trying to build some narrative which as usual the media lap it all up.

I'm bracing myself for this guy that is such a physical specimen, flexing when he does get an And1 but when someone plays him physical flailing and snapping his head back like he got the hardest hit ever smh

.That's been my issue last couple seasons, he can't shake Mikal so will go through him and refs will still give him the call as per usual so it will be cool to throw physical guys like Jae and Craig at him but again we are at the mercy of the refs smh.....

Another pet peeve gonna be hearing too much Lakers fans, really hope of the 10,000 in the arena that their number is fairly non existent but they always tend to get to the game smh.....

Don't forget that he also lays on the ground for long periods of time. He didn't it again today. Also, I saw too many LeBron jerseys on TV but the Suns fans must have drowned out the Lakers fans because I never heard them and heard a boisterous Suns crowd the entire game including loud "BEAT LA!" chants before the game had even started!
Wormwood/Superbone 2019/2020 season bet: Suns win < 30 games, Wormwood wins, else 'Bone wins. 1 month avatar shame starting July 1st of winner's choosing. ACCOMPLISHED! 34 wins in a shortened season! Like it mattered. We rarely see Wormwood anyway!
Top
Post Reply
319 posts