Discussion of the league and of our favorite team.
Post Reply
200 posts
Online

Yeah, he can shoot. I'm pretty optimistic about his shooting 5 in the nba. But there's a difference between a guy who can shoot and a true shooter. Seems like Lewis prefers to drive.

This draft is so weird because, as Shabazz said, many of the top prospects seem to have bust potential. Why is it that all the guards with the best shooting numbers are mocked at 12 and later in so many mocks?
The league needs heroes, villains... and clowns. -- Aztec Sunsfan
Top

The prospects that show primary initiator skills tend to float to the top. Those are the ones with star potential. They’re also the ones, at least this year, that can’t shoot.
Tyrese Haliburton • Killian Hayes • Devin Vassell • Kira Lewis Jr. • Saddiq Bey • Aaron Nesmith • Theo Maledon • Paul Reed
Top

Check out this comparison. I even included Trae Young.
http://www.tankathon.com/players/compar ... trae-young
"30 wins would be an extremely disappointing season" yeah, I said it and I mean it.
Top

I hadn't looked into him until last night after I saw a Hawks draft guy have him at 7. He thinks he gives him some Steph vibes, but admits Steph was/is better. He sure can shoot the heck out of the ball. It's beautiful coming out of his hands and seems to always have the perfect trajectory. His freshmen numbers are certainly better than the other guys around that area. Feels like you are taking a risk that he keeps improving, and you would have to be committed to developing him for a time. I'm not sure that James Jones wants to develop or take someone that isn't going to be a semi-major contributor in yr 1.
"30 wins would be an extremely disappointing season" yeah, I said it and I mean it.
Top

INFORMER wrote: ↑
Sat May 16, 2020 4:33 pm
Jahmi'us Ramsey looks tremendous. I don't think he has any business being considered a PG prospect, but just from a pure talent, he is a very good prospect.

I have heard this, but haven't done any research on him myself. I'll have to check him out.
"30 wins would be an extremely disappointing season" yeah, I said it and I mean it.
Top

His shooting form is terrible, so maybe that rules him out for Jones. But he made 2.5 per game at 45%.

What do you think of Sam Merrill? He kind of reminds me of Luke Kennard. Good passer and doesn't turn the ball over, played a little bit of combo guard/or defacto PG for Utah State, hits tough shots and a really good % shooter, who is the focus of the defense every game. Not the most athletic guy, but at least as good as Jerome, imo.


Here are his stats.
https://www.sports-reference.com/cbb/pl ... ill-1.html
"30 wins would be an extremely disappointing season" yeah, I said it and I mean it.
Top

I think Merrill and Jerome aren't even close when it comes to speed and athleticism. Merrill is also so much more fluid than Jerome. I also think he is more dynamic of a scorer than Kennard.

INFORMER wrote: ↑
Mon May 18, 2020 11:00 am
I think Merrill and Jerome aren't even close when it comes to speed and athleticism. Merrill is also so much more fluid than Jerome. I also think he is more dynamic of a scorer than Kennard.

I didn't want to give him too much credit, because I haven't seen enough of him, but I think I agree with you. I remember Kennard at Duke was almost automatic from the midrange, but I didn't see a ton of that in Merrill's game. Seems like a nice player though.

I got a chance to see Ramsey. He's really strong. Good player from what I could tell, and he's more athletic than what I saw some draft guys were claiming, imo.
"30 wins would be an extremely disappointing season" yeah, I said it and I mean it.
Top

There is word that since he's already 24, he may not get drafted(I'm not sure if this is true though). If he fits the role of what Kennard conceivably was, he would be a good add to the team. He takes care of the ball, can pass, and converts well at the rim. Seems like a no brainer.
"30 wins would be an extremely disappointing season" yeah, I said it and I mean it.
Top

Am I the only one who sees this when looking at Merrill? 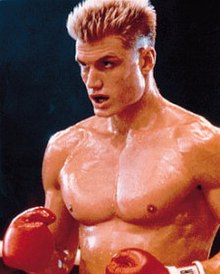 I like Merrill's game and he does have different athleticism than Jerome. Has that quick release and that Steph Curry "gonna shoot it when you're not expecting it" shot.

Also like Ty-shon Alexander as a later pick. More of a 3-D shooting guard who should be able to defend both backcourt positions. Real good shooter, plays tough.
Top

Any thoughts on Nikita Mikhailovskii? I'd love to draft and stash a couple guys if the Suns had any 2nd round picks.
"30 wins would be an extremely disappointing season" yeah, I said it and I mean it.
Top
Online

Any thoughts on Nikita Mikhailovskii? I'd love to draft and stash a couple guys if the Suns had any 2nd round picks.

I mentioned RJ Hampton in a previous thread thinking it was the draft thread but it wasn't. So yea, I like RJ Hampton.
Top
Online

Despite the click-bait title, this is a good breakdown of Haliburton.

Hampton vs Haliburton is a very interesting comparison, since they are about the same size and are both playing lead guard.

Hampton is much quicker, and has very good body control when he gets into his moves to create a shot for himself. He can attack the rim in either full court or half court situations. He's not a great finisher from anywhere on the court yet. He makes the easy pass, but doesn't really create passes or find guys in tough passing lines. This was his first year out of High School, and he didn't have a ton of responsibility in the offense. I think he can do more as he grows into his role. I haven't seen enough defense to make any comment beyond that he has all the physical tools to be very good.

Haliburton is not particularly quick, and isn't great at creating shots for himself. When he does create for himself off the dribble, he generally misses the shot. He is very good at creating for others, finding open teammates wherever they are. He's a very efficient shooter when spotting up, and efficient overall because he limits his bad shots. He plays defense like Mikal, in that he relies on his length and IQ to keep people in front of him and get blocks and steals. He's very thin and will never be a bruiser. In fact, it may take him a year or two to put on the muscle he needs to be at his best in the NBA. He has very high bball awareness, and I would trust him to make the best play in most situations. He's great in the open court. He is a sophomore, and had a lot of responsibility as the primary play maker for Iowa State. I feel like he is mature enough to know himself and his own game.

Hampton has the better physical attributes, and has the body to be a star. But he hasn't shown yet that he can actually make shots.
Haliburton has the intangibles, and a very high floor. At worst, he'll be a good 3 and D guy. His lack of a pull-up limits his ceiling, but he could be that perfect 3rd star that championship teams need.
The league needs heroes, villains... and clowns. -- Aztec Sunsfan
Top